Sustainability and the New Wave of Consumption

According to an article published in Grow Ensemble website, by Jennifer Nguyen on Nov 2020, the concept of conscious consumerism started in the 70’s. The article says that Conscious consumerism is when buying practices are driven by a commitment to making purchasing decisions that have positive social, economic, and environmental impact. There are also some inklings of the modern concept of “dollar voting” that can be traced back even further to 1954, when economist James Buchanan stated that individual participation in the economy is a form of pure democracy, in his article Individual Choice in Voting and the Market.

A checkpoint called  Conscious Consumer Spending Index, was made to measure the consumer sentiment about conscious shopping. And the result showed that the pandemic awakened a collective sense of purpose after a three-year slide in support of conscious consumerism. To explore the rest of the data you can access the website.

For this research, the STILINGUE, platform was used, the data collected from February 20, 2021 to May 20, 2021 provided the basis for the analysis focusing on issues like conscious consumption, the beauty industry, social causes and environment.

Following the issues mentioned above, the pie chart called Distribution by Channel shows a massive representativity of these themes on Twitter.

Twitter is a social network that has a reputation of a free environment to express opinions and positions. When dealing with political issues or a big movement such as conscious consumption, it is very interesting to understand where the audience is concentrated.

Besides that, most of the publications in this filter are positive, as shown in the green part of the graph below, these represent almost half.

Among these publications, many of it shows content about nature curiosities and campaigns of brands focused on Earth Day as well.

Those considered negative by STILINGUE are publications that warn about the negative impact caused in the world when humanity is not concerned with the environmental agenda. Which means that people, especifically consumers, are getting worried more and more about environmental issues.

There is a peak on the graph above, representing more than 34.000 posts in one day. What happened on this day? On April 22nd is celebrated the Earth Day since 1970, which the main goal is to make people aware of the importance of environmental protection.

About the Earth Day, the EARTHDAY.ORG affirms that:

“Many important environmental events have happened on Earth Day since 1970, including the recent signing of the Paris Agreement, as Earth Day continues to be a momentous and unifying day each and every year.

EARTHDAY.ORG’s mission is to diversify, educate and activate the environmental movement worldwide.”

Going deeper on the peak of the graph corresponding to the Earth Day, it is possible to identify many publications of brands positioning themselves on the movement and a well-balanced number between the female and male gender.

This shows that environmental awareness is not an issue that can be targeted only to a specific gender and that brands can make this content useful for their target audience independent of the segment.

Below it is the AAA Influencers Ranking, which shows the main publishers from February 20 to May 20 of subjects such as Environment related to Social Causes and Beauty considering three pillars: Attractiveness, Affinity and Reach.

The AAA Influencers Ranking is a proprietary score from STILINGUE that indicates the relevance of users with potential influencers according to the parameters defined in the research setup.

The AAA Influencers Ranking showed a diversity of people and brands commenting about the environment, mainly about the Earth Day, and among these people are seen celebrities such as Camila Cabello, Niall Horan, Shakira and the activist Greta Thunberg. Another curious thing was the company Natura being present in the ranking and providing big repercussions by taking a stand on the subject which will be detailed below.

When analyzing the term distribution graph, it is possible to identify some terms that appear with a certain frequency: they are climate, cruelty free and earth day.

The term climate got a peak of mention also on Earth Day, where among the main publishers are the NGO Greenpeace and the activist Greta Thumberg, who has given strength to the theme since its first appearance in 2018 at the United Nations Climate Change Conference.

By clicking on the term Cruelty Free, in addition to a peak on Earth Day, there is also a peak on April 19 as well. That’s because on April 8, the Save Ralph campaign was launched, but according to our data this campaign went viral on April 19.

Save Ralph is a short movie that tells the story of Ralph, a humanized rabbit who serves as a test animal in a beauty company.

The Humane Society International (HSI) gathered with Hollywood filmmakers and movie stars to call for an end to animal testing of cosmetics and created the short film #SaveRalph. Made in stop-motion, the film directed by Spencer Susser shows the routine of a rabbit used in procedures in the name of beauty. It describes scars, health problems, and other consequences of being used for laboratory testing.

Consumers in the beauty industry are increasingly aware of the brands they use to seek conscious consumption.

Digging deeper into the date of April 19th (where there is a peak of mentions of the term Cruelty Free) it is possible to read other terms related to the Cruelty Free. Among them it is interesting to highlight the ones: List of Brands and Save Ralph.

The Entrepreneur magazine says that:

“In the crude narrative of Save Ralph, they also explain that their entire family has worked and died doing the same “work”, in addition to highlighting the cruelty we submit to animals “because humans are more important.”

To close the cut, the phrase appears that says: “No animal should die and suffer in the name of beauty.“

Unlike the gender chart that involves the entire universe of the environment showed previously, the chart below focused on the term Cruelty Free, which is the second most cited in the ranking of term distribution, has a massive presence of the female gender. That’s because Cruelty Free is cited mainly in the beauty industry, as cosmetics and makeup brands.

The term List of Brands shown in the Related Terms’ Graph considers that many profiles have exposed on social media a list of makeup and body care brands that are not Cruelty Free, which means that they test on animals.

On the opposite hand of those brands that sell products tested on animals, there is Natura. It was not by mistake that Natura appeared in the AAA Influence Ranking, it  is a multinational Brazilian cosmetic company that won The Leaping Bunny seal in September for being a Cruelty Free brand. The company also is the biggest Brazilian cosmetic brand according to a report from Forbes in 2020.

Another important point to be highlighted from February 20, 2021 to May 20, 2021 is the movement that fights for the non-extinction of bees.

Many portals like Eco Watch report we are facing an Worldwide Honey Bee Collapse. According to scientists, the factors that are killing the bees are pesticides, drought, habitat destruction, nutrition deficit, air pollution, global warming and more.

Bees are responsible for pollination, so their extinction directly affects people’s feeding.There is a data mentioned in a text in Greenpeace’s website that says that  fruits, nuts and vegetables are pollinated by bees and Seventy out of the top 100 human food crops — which supply about 90 percent of the world’s nutrition — are pollinated by bees.

Among the terms that appears in the correlated terms graph, the most popular are about bees such as, Worldbeeday, Worldbeeday2021, Bees and Savethebees.

The cause has many supporters, including celebrities like Angelina Jolie, who starred in a campaign  for bee preservation where she made a photoshoot covered with bees. You can see the photoshoot here. Another celebrity who is positioning himself against the non-extinction of bees is Morgan Freeman, who converted his 124-Acre Ranch into a giant honeybee sanctuary – to check more details about it you can click here.

Below it is the graph of Duel of Terms, which shows the  most relevant terms associated to Beauty and Social Causes:

The image below shows the left side of the graph that corresponds to the theme Beauty. Inside this theme there are some terms to highlight like more cruelty free, cosmetics, stopanimaltesting, skin care, clean beauty, non toxic, free brand, natural skincare, animal testing, cruelty, becrueltyfree, plant based and Save Ralph.

These terms that were highlighted reinforces one more time that the consumer’s behavior is changing.

When talking about Social Causes, it is possible to confirm as well how worried the population are with the environment and products that are eco friendly.

Focusing on the right side of the graph, which corresponds to the Social Causes theme, there are also some terms to highlight: save the bees, climate justice, plastic free and more eco friendly.

Skin, free products, beauty and planet are some examples that are very mentioned when both themes are converged, as it shows in the image below:

These terms in common reinforce the previous insights about the conscious and sustainable view of a new wave of conscious consumption and bring this concept to the beauty universe getting stronger day by day.

After this study, based on data collected from the internet, it is possible to understand that there is a new wave of consumers and it has been increasing with the current socio economic situation. These consumers have been seeking to be aware of what they buy and of knowledge about the entire production chain that their goods go through until reaching them. That is why getting sustainable certifications and exercising a transparent conduct with the final consumers has been more and more essential. 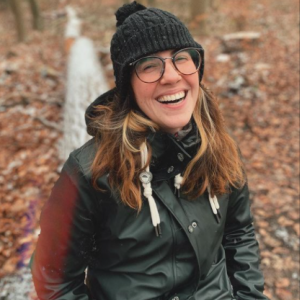